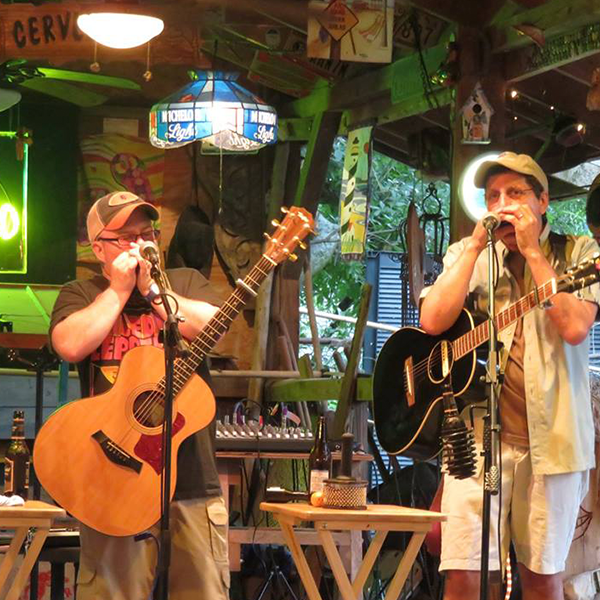 Police detective, Bourbon Street performer, and Trop Rock Award winner, are just a few of the job titles on Matt Hoggatt's resume. Matt achieved national fame in 2012 after scoring a record deal from Jimmy Buffett on Mailboat Records, an experience which would lead to another gig as a weekly host on Sirius XM Radio. Since then, Matt has toured the country sharing his blend of stories and songs both on  stage, as well as Radio Trop Rock where he won a 2019 Trop Rock Music Award for his Bayou Troubadour radio show.  Matt has also been featured as a  journalist for American Songwriter Magazine

‍From singer/songwriter to management at the Grand Ole Opry/Ryman Auditorium, Johnny Mire has worked on every single corner of the performing stage. A native of the Mississippi Gulf Coast, Johnny spent over thirty years in the entertainment industry in Nashville before returning home to the bayou. Johnny has performed around the country as both a solo artist and band member,  working with numerous songwriters along the way.
‍
bayoutroubadour.com
Back to Performers Page