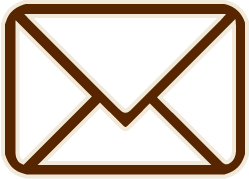 George has had a long-time love of music. He has played bass for 30 years, and he has shared the stage with acts such as Neil McCoy, Tracy Lawrence, and Hank Williams, Jr.

George is also an accomplished songwriter. He has had 4 national cuts. The song entitled “Somewhere Between” reached number one on the Music Row Chart. George is the president of the Mississippi Songwriters Alliance that he founded with a group of local songwriters. The Alliance is now in its 9th year and has hosted 8 successful Songwriters Festivals along the Mississippi Gulf Coast. George is also an A&R representative for artist development company, Crazytown Productions, along with Brett Jones, Daryl Worley, and Pete Coors. George is a senior partner and co-owner of Coastal Wealth Management Group where he is a financial advisor. He is also the owner of Cumbest Enterprises and co-owner of MWJ Properties. George also serves on the board of the South Mississippi Special Needs Organization and the Kiwanis of Hurley. He is a NSAI and ASCAP member. Scott is the Director of Sales and Marketing for Highside Chemicals Inc. Co Owner of Common Gold LLC.

Scott is also a High School Referee. High School Umpire, Member of the East Central Civic Association Board of Directors for the George County Pee Wee Football League.Board of Directors for the Mississippi Songwriters Alliance and MississippiSongwriters FestivalHandles Venue Relations, Trains Recruits and assist hostsand Emcees for the Festival, Coordinates Youth Showcase and Builds Sponsorshippackages for sponsors and Venues. Andy has been a professional musician, sound engineer and songwriter for many years. He is also co-owner of Crown Dodge Chrysler Jeep Ram Fiat, with his brother Bobby, in Beautiful Pascagoula!

Andy was on the original Board of Directors of the Biloxi Saenger Theatre and The Mary C. O’Keefe Culture Center to help raise money to save the Historic buildings. He produced over 20 Broadway-style musicals for KNS Theatre at the Biloxi Saenger, The Mary C., The Coast Coliseum, and the Grand Casino Biloxi. He is a member of Nashville Songwriters Association International, BMI and is proud to serve on the board of the Mississippi Songwriters Alliance and help bring Pro-caliber songwriters to the annual MS Songwriters Festival in downtown OS where he has lived all his life. Darwin is a sponsor and board member of the Mississippi Songwriter’s Alliance / Festival since 2010.

In June 2017 this retired educator and coach of 27 years plus, was elected Mayor of the city of Lucedale.  He and his wife Dana make up the Mississippi award-winning songwriter team and acoustic touring duo known as “Double Dee”. Darwin has been in charge of local/regional scheduling for our festival since its inception. He is an ASCAP affiliated artist. Mississippi Songwriter of the Year, Derek Norsworthy has toured the US with national acts such as Blake Shelton, Miranda Lambert, Eric Church and Alabama to name a few.

In 2015, Derek celebrated his third song licensing contract, writing the official fight song for a 3-time National Champion football team featured on the Netflix Original series “Last Chance U”. Derek’s success has earned notable features on CMT, American Songwriter Magazine, solidified a USO Ambassador Representative position and endorsements with Westone Audio, Kyser Products, Framus and McPherson Guitars. Derek is the founder of Rep Your Roots Clothing, a philanthropic group that focuses on providing assistance to charity organizations and promoting music education to schools. The well-versed songwriter functions dually as a Senior Medical IT Service Analyst/Registered Nurse for Epic Corporation. Derek  is a BMI, NSAI member and a voting member of the CMA and Recording Academy. His first real job was at a newspaper that used hot lead and hand set type. He witnessed the full transition of the print industry from hot lead to offset to high resolution digital printing.

He has owned print shops and advertising agencies. Presently he owns and operates Boggy Branch Studio, a full service recording studio in Vancleave, MS.  For the MS Songwriters Alliance Board, Dan oversees and handles all the design, art and elements for printing, posters, t-shirts, etc. He also helps out with the workshops and running sound when needed. Starting at age 10, Kevin started playing drums and had his first professional gig at age 16.  He has played with many bands over the years, which gave him the opportunity to open for B.B. King, Harold Melvin and the Bluenotes, Asleep At The Wheel, Bobby Rush, and Bobby Blue Bland.  For two years he ran sound for a casino working with major headliners. Kevin worked at the Mary C running sound, where he met the Mississippi Songwriters.  He now has the honor of being a Board Member. Johnny is a singer/songwriter to management at the Grand Ole Opry/Ryman Auditorium, Johnny Mire has worked on every single corner of the performing stage.

A native of the Mississippi Gulf Coast, Johnny spent over thirty years in the entertainment industry in Nashville before returning home to the bayou. Johnny has performed around the country as both a solo artist and band member,  working with numerous songwriters along the way.  Production credits: The White House/ The Kennedy Center/Carnegie Hall and other major venues in the US.

READ MOREREAD LESS
Thank you! Your submission has been received!
Oops! Something went wrong while submitting the form.
HomeSongwriters FestivalAmbassador ProgramSponsorContact
© 2022 Mississippi Songwriters Festival. All rights reserved.
Contact the creator of this website - tediousme@gmail.com